“I have walked that long road to freedom”

Keen to test your knowledge of English literature? Can you guess  which book the above quotation comes from? 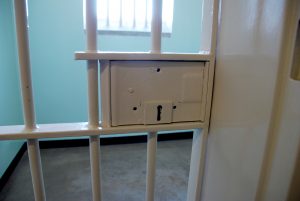 The full quotation, which concludes the 634-page book, is as follows:

I have tried not to falter; I have made missteps along the way. But I have discovered the secret that after climbing a big hill, one only finds that there are many more hills to climb. I have taken a moment here to rest, to steal the view of the glorious vista that surrounds me, to look back in the distance I have come. But I can rest only for a moment, for with freedom come responsibilities, and I dare not linger, for my long walk is not yet ended.

Mandela wrote Long Walk to Freedom while he was in prison on Robben Island.  It recounts key  aspects of his life – his  childhood in the Transkei, his education, his opposition to Apartheid, his role as then leader of the African National Congress (ANC) and his life in prison.

The book is dedicated to his family and comrades who supported him throughout his struggle for freedom. Long walk to freedom was published in 1994.

The quotation, the final words in the book, highlight Mandela’s belief, that despite being released from prison, the struggle for freedom for himself and for all South Africans was not yet over.

Mandela was released from prison on 11 February 1990.