I suffer from migraines. Bad ones. Sometimes, really, really bad ones. As a result, I’m always slightly affronted when people downgrade my affliction, linguistically and physiologically, to a niggle.

This has happened a few times, but the most irksome occasion of all was when I was admitted to hospital with the mother-of-all migraines. I had been experiencing excruciating pain above the eyes. In addition, I was extremely intolerant to light, sound and smell and had been vomiting for two days.

The triage nurse seemed perplexed that I had come in with a mere pain in the head and proceeded to question me, with overt bemusement, about my headache.

Let it be clear to anyone in doubt, a headache is a mild pain, located in the head, over the eyes or at the temples. In contrast, a migraine is a volcanic eruption inside your skull or a platoon of soldiers in hobnail boots doing marching drills inside your head. 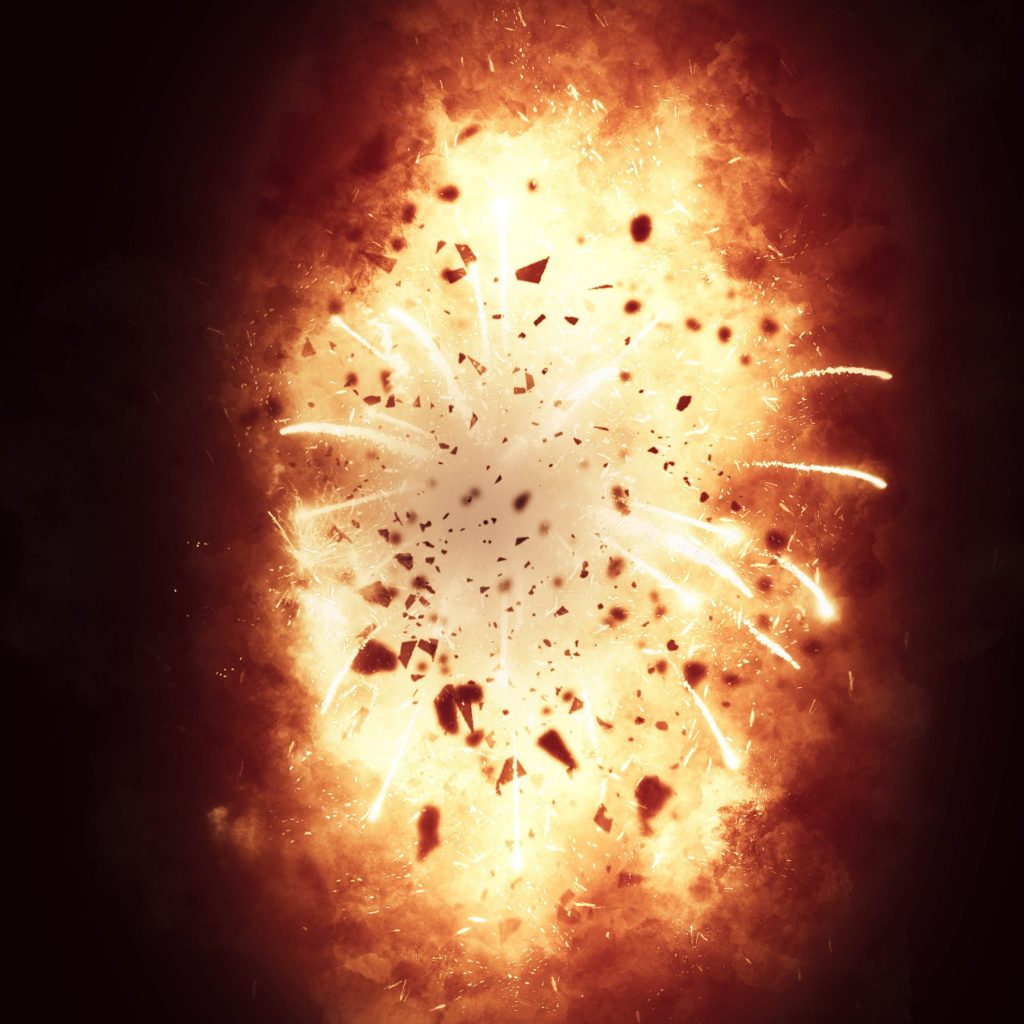 This circuitous introduction leads perfectly into a discussion about synonyms. The word synonym comes from two Greek words – the prefix syn– means “together” and the suffix –onym means “name”. So, synonyms are words that name the same thing. Put another way, synonyms are words that have the same or nearly the same, not identical, meaning as other words or expressions.

Why do we use synonyms?

We use synonyms for creative effect – to jazz up our speech and writing and to avoid having to repeat the same words over and over again. How boring would that be!

If we revisit my initial comparison between migraines and headaches, it becomes clear that although the two terms are synonymous, context is everything.

All words have synonyms, but not all synonyms are interchangeable in all contexts.

Synonyms are never exactly the same, but there is generally an overlap of meaning.

The diagram below identified elements of meaning of the words, nerd, dork and geek. There are aspects of meaning that are common to all three words, but there are others that are unique to specific words only. 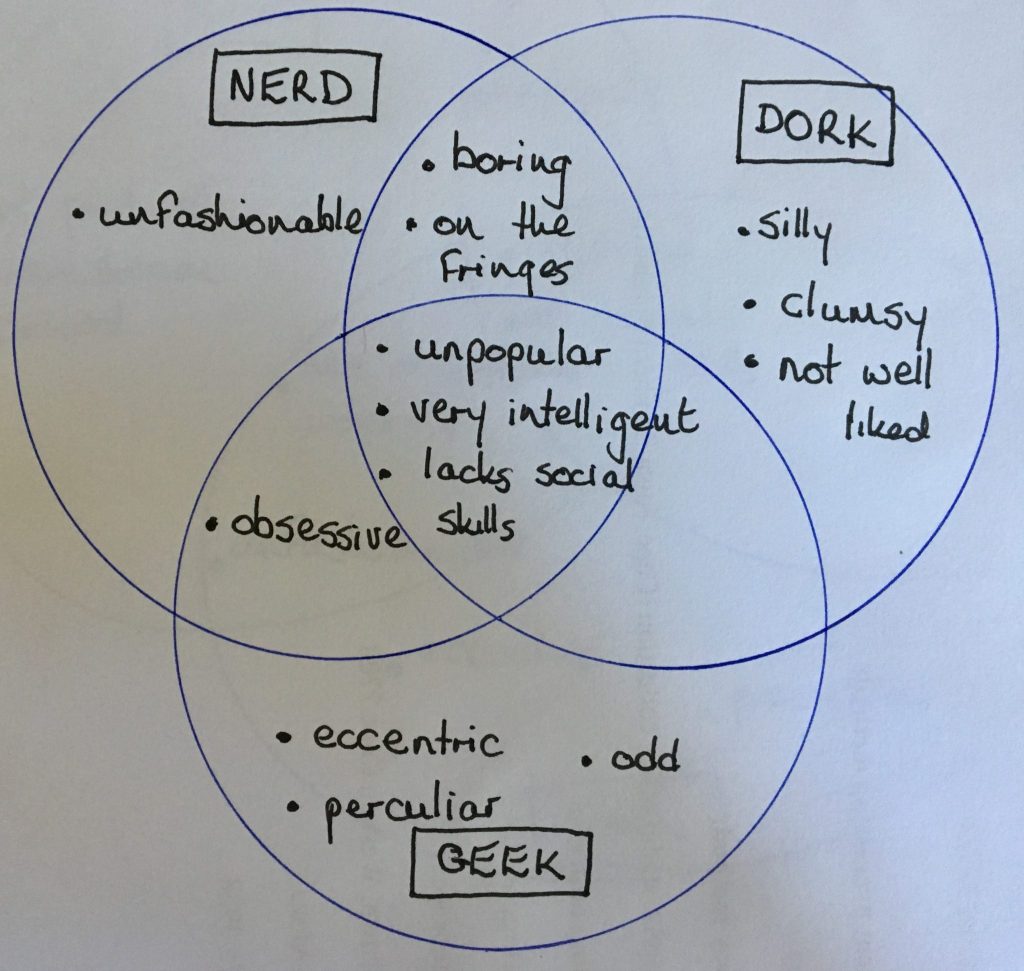 For instance, the notions of obsessiveness, extreme intelligence and  social ineptitude are common to all three words, but the clumsiness and silliness inherent in dork are not necessarily shared by geek and nerd.

How to choose the best synonyms

When it comes to replacing one word with another, go for the best fit.

Use words from the same part of speech

Maintain the meaning of the original context

The denotative meaning of a word relates to its dictionary definition.  By contrast, connotation refers to the additional meaning or baggage that the word carries, which can be either positive, negative or neutral. (See www.chapter2blog.com/meaning/.

When replacing a word with a synonym, make sure that the replacement word has the same connotative meaning as the original. It should not carry any additional connotative baggage, which would be inappropriate in the given context.

Let’s imagine that the following sentence is used in a medical or anatomy text:

The gluteus maximus muscle is located in the buttocks and is regarded as one of the strongest muscles in the human body.

In this instance, it would be inappropriate to replace buttocks with the options given, particularly words such as bum, checks, tush, ass or arse because of the negative and derogatory connotations they carry. Buttocks is a neutral physiological term that describes part of the human anatomy.

If, however, we want to replace the word arse in the sentence:

Simon is so troublesome; he is such a pain in the arse

we would probably use words such as butt or backside, which are slightly more colloquial, everyday terms, with similar negative connotations to the word being replaced.