One of the biggest headaches that editors face is dealing with spelling inconsistencies, particularly with regard to differences between British and American spelling.  Although there are plenty of rule books to refer to, they can often add to the  confusion if you are not aware of certain basic facts. 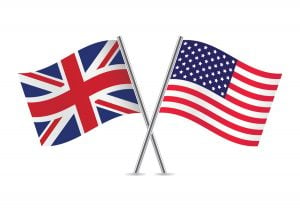 When it comes to spelling, decide which side of the fence  you sit on.  In other words, choose your allegiances. Do you follow British spelling conventions? These conventions are taught in schools in Britain and, to a large extent, in schools in the British Commonwealth?

Alternatively, do you follow the American spelling conventions? This set of rules was promoted by Noah Webster following the American War of Independence in the 1770s and have been used in the United States ever since.

In most cases, British words draw on tradition and have retained the spellings of the languages that influenced them. By contrast, the American spellings are simplified versions of the British ones and tend to be spelled how they sound when spoken.

My intention is not to spark a debate on which language variety is best – British or American. It is essential though to acknowledge that the two forms do exist.

Irrespective of whether you are a seasoned writer or editor, or whether you are learning English as a second or third language, you need to know how to deal with the differences.

As with many aspects of language, consistency is key.  Select one set of rules over the other and do not use a mishmash of the two. It is probably best to go with the devil you know. In South Africa, where I am from, this is British English.

Write for your audience

Having advised that you stick to one convention, bear in mind that, in some cases, you will need to write for your audience.

The -ise and –ize conundrum

Another conundrum we encounter is deciding which endings to use for verbs containing either an s or z in the final suffix. Although it is commonly accepted that the Americans use the -ize form  and the British the -ise forms, things are not that simple.

The good news is that you don’t need to know Greek, Latin or French to know which ending to use. If you follow the OED rules, you can generally use the –ize suffix for most of the verbs of this kind.

There are, however, exceptions to this rule. The words listed below always take -ise endings.  The rationale here is that in these instances, the -ise forms part of a longer word and is not a discrete ending of its own. Examples of words that always take -ise endings are: advertise, advise, arise, chastise, circumcise, comprise, compromise, demise, despise, devise, disguise, excise, exercise, franchise, guise, improvise, incise, reprise, revise, rise, supervise, surmise, surprise, televise, and wise.

Confused? Don’t be. Only 20 of the 200-odd verbs that could theoretically end in –ize, don’t. However, they are always spelt with –ise in both American and British English.

To take this topic to its logical conclusion, make sure  that you use an appropriate dictionary for your language variant. When googling word definitions, it is very easy to click on the entry at the top of the feed, without ensuring whether it is British or American.

Other generally known and less confusing differences between American and British spellings are listed below: